Before that as a company, Econatura was born as a project of life and family. The have created the desire to live in a healthy and ambition to work according to ethics and philosophy consistent production environment. When in 1996 we planted the first seeds, the market was far from prove interested in organic products and even fewer companies were willing to invest: in the end transformed the south-eastern Sicily, the fertile plain that runs parallel to the Mediterranean coast, whole centuries of agricultural tradition had gone missing in decades of intensive exploitation of the land, which were determining a bleak impoverishment. We were absolutely the first, in this corner of Sicily, to seek an industrial conversion that would allow us to terminate this substantial destruction of the environment and the ecosystem. Our personal choice, twenty years later still sees involved two generations of our families - Aurora, Pino and Gino, now side by side, as happened once between fathers and sons, including Francesco, Stefano and Alessandra - in the challenge to achieve this positive change not only for the company but for the entire territory. Today we take care of over 50 hectares of land, with the collaboration of more than 200 employees, over the years have absorbed and implemented our own way of thinking, with love, to this work. And we are happy to have "infected" with our thinking, many other small and large businesses nearby that over time have followed our choice, helping to protect an increasingly larger slice of territory. 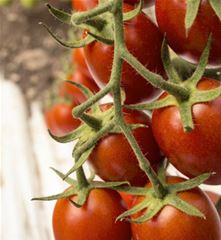 PARTNERS OF THE PROJECT